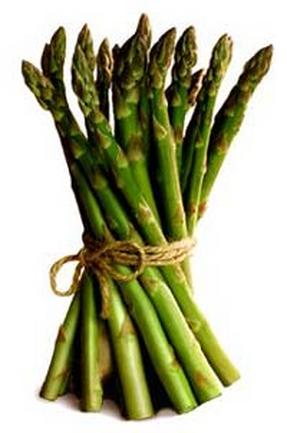 funny word of the day: asparagus
I don't need to give a definition for this vegetable but it is one I enjoy. It's really yummy roasted in the oven at 400 degrees with just some sea salt and olive oil, then doused with a few squeezes of lemon juice. Also great on the grill.
Some additional background from Wikipedia:
Asparagus has been used from early times as a vegetable and medicine, owing to its delicate flavour and diuretic properties. There is a recipe for cooking asparagus in the oldest surviving book of recipes, Apicius’s third century AD De re coquinaria, Book III. It was cultivated by the ancient Egyptians, Greeks and Romans, who ate it fresh when in season and dried the vegetable for use in winter.[verification needed] It lost its popularity in the Middle Ages but returned to favour in the seventeenth century.
Asparagus is low in calories, contains no cholesterol, and is very low in sodium. It is a good source of folic acid, potassium, dietary fiber, and rutin. The amino acid asparagine gets its name from asparagus, the asparagus plant being rich in this compound.
Posted by Jessica K at 2:24 PM